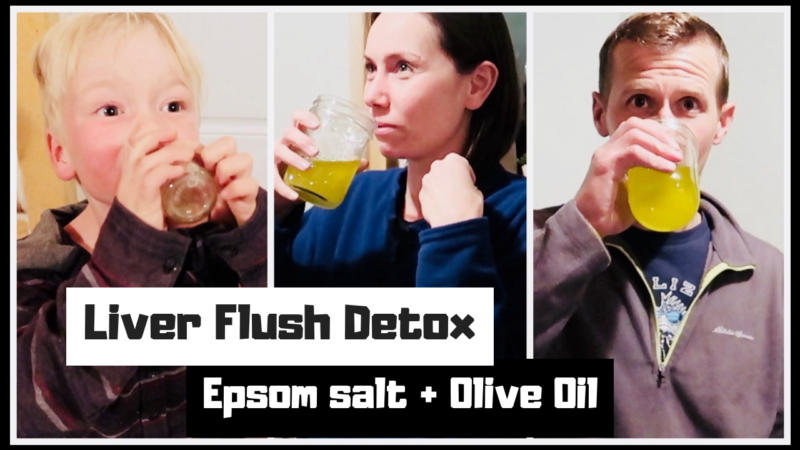 Our Upgraded Livatrex Liver Cleanse: How & Why

We have moved onto the Livatrex liver cleanse portion of our Nine Step Body Cleanse from Global Healing Center and wanted to share what we’re doing and how it’s going!

We’ve added in a few liver cleansing upgrades (below) to that standard instructions from Dr. Edward Group, who designed this cleanse.

If you’re interested in a standalone liver cleanse, keep reading!

If you’re looking for a whole body cleanse, you’ll want to start at our article on the Oxy-Powder colon cleanse, which is the first step in the process.

In short, having our son Ryder go from never having so much as an aspirin up until he was diagnosed with cancer to chemotherapy and various other conventional drugs afterwards resulting in a high functioning autism diagnosis…

We’re doing everything we can to clean him out.

It’s especially good to know that there are three separate liver cleansing phases in this whole cleanse because we know that the it does the brunt of the work in trying to deal with conventional medicine in the body and therefore can take a lot of damage, as we’ll get to below.

And we take the phrase “no one fights alone” very seriously here in the Sternagel family.  Although we didn’t all shave our heads or anything like that, we do implement every healing modality that Ryder enjoys on ourselves to ensure an overall level of super-health in the whole family.

Especially with something like detoxification.  If we learned anything from hosting The Toxic Home Transformation summit, it’s that growing up in the modern world is by definition toxic and taking serious measures to address this is a must if we want to keep cancer away for the whole family.

What Is the Liver and Why Cleanse It?

The liver is responsible for breaking down substances from food and extracting energy from it.  This is a metabolic process, meaning it’s concerned with energy production within the body.

As more and more science is showing cancer to be a disease of the metabolism, we need to be sure all our metabolic operations are functioning as they should.

When the nutrients are broken down, the liver acts as a sorting facility to determine which nutrients should be processed, stored, eliminated, or go back into the blood.

If any toxicants happen to be associated with that food, it also tries to protect the rest of the body from them by removing them from the bloodstream.

Since today it’s not just food we get toxicants with in the modern world but also in what we touch and even the air we breath, the liver gets worked extra hard.

Just like any filter, it can begin to get clogged up.

Both conventional medicinal drugs, and alcohol (in excess of a couple drinks), are massive blows to the liver every time they come into the body as well.

So for Teddy and I as adults, it’s basically a given our livers need good cleanings.  Recent research is suggesting that as high as 40% of adults are now have some degree of non-alcoholic fatty liver disease.

And since Ryder came into the world with multiple things wrong, combined with all the conventional drugs he received at such a young age, we’re making sure he’s good and cleaned out.

Like Dr. Group likes to say, most people clean the outside of their bodies every day, but how often do they bother to clean out the inside?

Livatrex is an herbal tincture formulated by Dr. Edward Group designed to detoxify the liver and support liver health.

Infused with energized, fractionated trace minerals for maximum cellular uptake, the formula goes above and beyond most ordinary herbal tinctures.

Let’s put it this way, we trust it enough for our kids to take it! We give Ryder about half what we are supposed to take and it has been working great.

In all seriousness, Dr. Group has been around for a long time and the product has been used by thousands of people.

Aside from that, most herbal tinctures you find… even most quality, legitimate tinctures for that matter, have either alcohol or an undesirable chemical included to preserve them.

While we’re less concerned with a bit of alcohol than the chemical, Livatrex uses neither.  It uses an advanced proprietary technology that allows them not to use either of those methods and still sell stable product off the shelves (or over the mail) for a long time.

Wildcrafted Borotutu (bark): Used by ancient herbal healers as a liver and gallbladder tonic as well as an overall digestive system balancer.

Organic Yellow Dock (root): Aids in eliminating foreign substances that can overburden the liver and gallbladder.

Organic Chicory (root): Well-documented history of assisting people with liver problems. Ancient Romans and Egyptians were known to consume Chicory Root to aid in purifying the liver and the blood.

Organic Peppermint (leaf): Helps promote the natural flow of bile from your liver to your gallbladder.

Fulvic Acid: Boosts the bioavailability and absorption of important nutrients.

The Livatrex liver cleanse is a week long process that consists of:

The Oxy-Powder and copious amounts of apple cider vinegar water keep things moving out of the body,

And the flush, well… flushes it out at the end.

Above and beyond the standard instructions, we’re doing a few things to make good and sure we’re “all clean,” and that the cleanse works for us for that matter.

Researching cancer from a holistic perspective, it doesn’t take long to come across ye old coffee enema.  Basically getting specially formulated coffee up your rear using an enema kit, laying on your right side for 10-20 minutes, and letting it all come back out.

This is very well known for helping the liver to release stored toxicants.

We’re not quite sure if we’re going to have Ryder do this one or not in any of the three liver cleanses throughout the whole body cleanse… we do think he’s probably capable at five years old… we’ll see.

This another well known liver cleanser (among many other detoxifying and anti-cancer benefits) one we’ve been doing with Ryder for a long time.

It consists of soaking a wool cloth in castor oil, placing it over the liver, laying down and applying heat for at least an hour.

Note that most instructional videos you see will talk about wrapping the cloth in plastic wrap to avoid a mess, and using an electric heat pad to generate the heat.

We’re not fans of plastic touching our skin for any reason, especially not when heated.  Seems sort of counterintuitive to the detox actually… We just use a damp towel.

And electric heat pads are actually terrible offenders for putting out high electric fields which we also avoid for health reasons, so we just use a good old fashioned rubber hot water bottle.

The molecule produced by our own bodies to assist in detoxification.

We’re encouraging more production (as we usually do) through eating copious amounts of broccoli sprouts and our favorite sulforaphane product Calibr8.

We’re also supplementing with lipososomal glutathione itself for an even bigger kick.

We did the first liver cleanse week eating ONLY the fruits and vegetables recommended.

Filling up on nothing but veggies every day can get… expensive.

So we added mung beans to the mix, which are also known for assisting in liver detoxification in both Traditional Chinese Medicine and Ayurveda.

So far Ryder has been a champ with all of this.

In the Livatrex apple cider vinegar mixture found in the instructions for the cleanse, adults are supposed to drink eight ounces of it four times per day.

This is how and why we’re doing our upgraded Livatrex liver cleanse.

Again, this is great as either a standalone liver cleanse a few times per year or as part of the Nine Step Body Cleanse that we are undertaking.

Now here’s a video of Ryder completing his first liver flush! Remember, if he can do it, so can you ;).