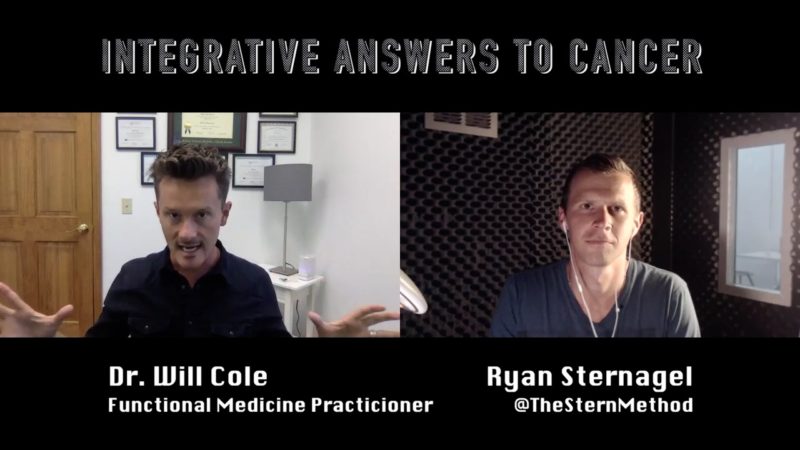 Is a Plant Based Ketogenic Diet Possible?

After last week’s recorded consultation with Dr. Paul Anderson in which he made the comment that most people promote the ketogenic diet “stupidly,” meaning more or less unlimited bacon and butter, the timing worked out nicely to have Dr. Will Cole on to talk about his new book, Ketotarian.

In the book Dr. Cole lays out vegan, vegetarian and pescetarian meal plans conducive to a ketogenic diet.

Will notes that many people will see short term benefits from ketosis but when favoring predominantly meat and dairy will see problems down the road.

In Dr. Cole’s words, the plans capture the best of both worlds in the phytonutrient and detoxification benefits of a plant based diet and the metabolic benefits of a ketogenic diet.

Dr. Cole points out a common misconception with the ketogenic diet is that “vegetables will throw me out of ketosis.”

He notes this is not the case with most leafy greens and many other vegetables, and that the fiber in vegetables is actually beneficial in keeping blood sugar low.

Dr. Cole mentioned something that bears repeating.  While he does encourage folks in the book to follow a fairly strict ketogenic diet for eight weeks up front, he’s not advocating for all keto, all the time thereafter.

The goal is to help people achieve “metabolic flexibility.” The ability for the body to easily shift from burning sugar when carbs are present to stored or dietary fat when they’re not.

The initial continuous diet could be considered more of an intervention to force the body to remember its fat burning capabilities and then carb intake can be customized from there.

No matter what one’s thoughts on a “ketogenic lifestyle” are, personally I do think having this ability makes a lot of sense.

Thinking about what’s “natural,” if you were surviving in nature and even if you were in a place with a high amount of fruit, you’d probably still come upon long periods of time with no food.

The fact that the body does have the ability to use this mechanism and that there are even short term benefits associated with it would seem to Indicate it’s meant to be used at least somewhat frequently.

Personally I was getting into the whole “becoming fat adapted” thing (probably more on the “stupidly” side of it…) in the year leading up to Ryder’s diagnosis and have retained that ability ever since.

Interesting though for me it doesn’t seem to be dependent on consumption of fats now that I have the ability.  I’m able to eat a bunch of fruit and then go back to not eating for the better part of 24 hours without even really noticing it.

This is why I do take issue with some folks’ use of the word “ancestral” eating.  Because if your ancestors were in the southern hemisphere they’d have a whole lot more access to fruits in nature than those in the north.

All the same though, again unless they were living in ideal conditions they would still likely have experienced frequent periods of ketosis.

So while I don’t know that I’ll ever be a fan of avoiding fruit and many vegetables as an ongoing lifestyle, I am a fan of the body being able to do everything it’s supposed to.

As it pertains to cancer specifically, Dr. Cole has seen about the same that I have: some very compelling stories and science around brain cancer, but not s much with cancers elsewhere.

As mentioned in the interview ketosis has not been in the public eye for enough data to be gathered about cancer to know what all is possible with it.

Dr. Anderson did mention a paper he’s publishing soon on results he’s seen with a metabolic approach to cancers of all types so we certainly look forward to seeing that when it comes out.