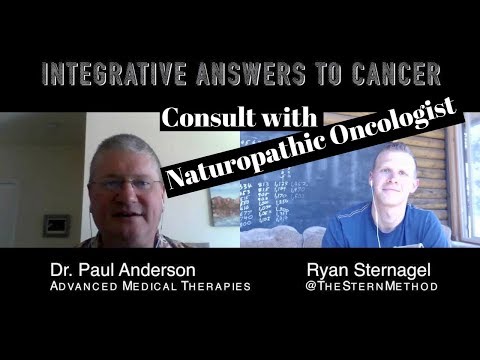 This is the start of a new type of segment on this website and podcast.  In an attempt to provide the most benefit for all resulting from our family’s journey, going forward we will one documenting calls, consultations, sessions, etc. pertaining to Ryder’s healing.

Others learning through our experience has been the goal all along, but with Ryder’s latest MRI result we are increasing our activity level and as such wish to correspondingly increase to level of documentation.

The MRI showed that a portion of the remaining mass inside of and around of his spine (which everyone had been pretty sure was dead scar tissue) had grown about a centimeter over the past year.

Fortunately, the growth occurred in an area outside of his spinal canal so there is not immediate danger there, but if it were to continue to keep growing this would be a concern.

This consultation occurred immediately after the MRI when we did not know whether this was a reactivation of neuroblastoma or mature cells (malignant cancer cells are considered “immature” in that they are still trying to turn into something.  Mature cells have turned into something, just not exactly what they should be and are sort of just hanging around taking up space) which coming from neuroblastoma would most likely be ganglioneuroma.

After the call we got Ryder’s HVA / MVA (catecholamines secreted by certain types of tumors including neuroblastoma) levels checked and they were well within normal ranges.  In fact, they were even lower than the last time we got them checked over a year ago when they were normal back then as well.

While the only way to be positive whether we’re dealing with immature, active neuroblastoma cells or mature ganglioneuroma cells, the low HVA / MVA levels strongly suggest ganglioneuroma.

So we will address more of the plan going forward in future episodes and articles, but for now, this is a summary of Dr. Anderson’s preliminary advice not knowing the results of the test.

For the most detail, of course, watch or listen to the entire consultation!

Ironically, even though mature “benign” ganglioneuroma cells are preferable to immature neuroblastoma active cancer cells, less is known both by the conventional and natural / alternative worlds on how to address them.  Because of their biology, they don’t seem to respond to the same “stuff.”

That said Dr. Anderson did throw out a few ideas, all similar to what one would do for an active case of cancer.

First was to implement numerous and varying anti cell replication strategies as possible.  In layman’s terms, “things” that would halt cell division.  “Cell cycle arrest” is a term to look for here.

Curcumin, for instance, has a lot of research behind it on producing this effect in various types of cancer cells.

Immunomodulators, substances that modulate or change the immune system the the desired activity level, were another suggestion.

At the end of the day these are still irregular cells and if the immune system can recognize them as such then it will get rid of the cells more effectively than any drug or supplement could.

Cause of Ganglioneuroma & Mature Cancer Cells

Dr. Anderson explained that ganglioneuroma cells are more or less just cells in the wrong place.

They have matured into the cells close to what they were supposed to become in the first place, but since they’re in the wrong location they don’t get the proper signaling and therefore don’t assimilate with the body as they should.

To ask the exact cause, at least in this case, would be asking what caused the cancer in the first place.  We have our ideas of course, but I don’t know that we’ll ever know for sure.

For active cancers, Dr. Anderson usually recommends starting with a “metabolic” approach consisting of a carbohydrate restricted / ketogenic diet along with ketone salts and other therapies that would raise blood ketone levels and force the tumor cells into an unfriendly metabolic (the method in which cells produce energy) type (to cancer cells).

A long held problem I’ve had with the ketogenic approach is a disregard for good nutrition in the name of low carbs and high fat.

Dr. Anderson agreed and noted that most people who promote the ketogenic diet in America do it “stupidly” and that there are a wide variety of plants that can be consumed while on this type of diet.

Another problem I’ve had with the ketogenic approach is that it’s very far on the “unnatural” side of the greater “natural” spectrum of treatments.  Meaning if you were just living out in nature and didn’t know about the ketogenic diet it’s not something that would just happen on its own… although you likely would go through periods of ketosis.

So when something unnatural gets promoted as an ideal lifestyle I always cringe.

But I also realize that cancer is mainly produced by unnatural causes itself, so measures more extreme than just “living naturally” are usually required to turn it around.  Consuming around a dozen glasses of carrot juice per day would be an example of this on the “Gerson” side of the spectrum.

With all that said Dr. Anderson does consider this approach to be a targeted intervention rather than ideal long-term lifestyle.

An ideal program, assuming scans are closer together (around every few months), would consist of near continuous ketosis before the first scan, intermittent ketosis / low carb approach with carb cycling days before the next scan, and more of a balanced diet thereafter.

This is of course assuming that everything is going in the right direction the whole time.  Running into problems would of course be assessed individually.

I asked about the fact that there are certainly a whole lot of stories to be heard about people getting over cancer that did not incorporate a ketogenic approach.  Many more than those who did at least from what I’ve seen.

Dr. Anderson’s response was that for cancers that were plain out of control and not responding to anything on the conventional or natural side, the only unifying factor he’s seen in stopping the cancer in those cases is this sort of ketogenic approach.

He noted he’ll be publishing a paper soon illustrating this observation that I certainly look forward to seeing.

Dr. Anderson notes that with any approach to cancer, one needs to be absolutely sure they’re “covering their bases” and that cancer will find its way around just one “thing” given a long enough period of time which is why he recommended several other therapies to further force the cellular metabolism in the way intended for this approach and keep it there.

For a better and more elaborate explanation of this I’d strongly encourage you to watch the video (in this article) as it involved hand motions, etc.

But a list of the other therapies he mentioned are:

For more on metabolic approaches to cancer, our interviews with Nasha Winters, Thomas Seyfried & Travis Christofferson will provide good background on the arguments for it.

Since we are operating under the assumption that we are dealing with ganglioneuroma, not a reactivation of neuroblastoma, we will not be considering the metabolic approach outlined above at this time as Dr. Anderson stated it would not be helpful in controlling growth.

We are, however, ramping up our use of immunomodulators and anti cell replication strategies, as well as incorporating retinyl palmitate as our conventional oncologist noted that Accutane has shown to be somewhat effective against ganglioneuroma in addition to neuroblastoma.

Stay tuned for more articles and videos on exactly what we find and implement, and more consultations and sessions with more doctors and healers in our quest to optimize Ryder down to the cellular and energetic level.

You can always see our favorite supplements for every category of desired results in the “Supplements” section of the “What We Use” tab at TheSternMethod.com.

Also, previous interviews with Dr. Paul Anderson have been on epigenetic and nutrigenomics, and mitigating MRI and sedation toxicity.