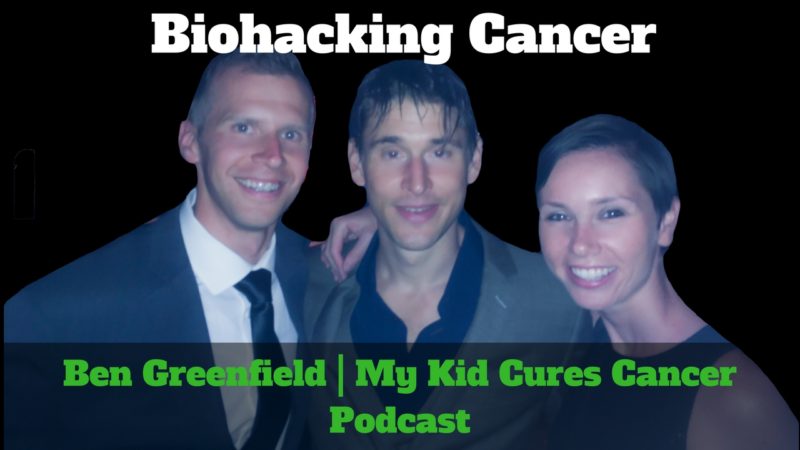 Ben Greenfield is one of the most well-known “biohackers” in the world… but what is a biohacker and how would one relate to cancer?

At the end of the day, a biohacker is simply someone with a deep understanding of the body’s operating system that is always striving to optimize processes within it for better performance and longevity.

In terms of cancer, clearly something has gone wrong with the operating system at a very foundational level.

Optimization of bodily processes therefore must be at the top of our list of priorities. It is the other side of the coin to doing the detective work to find out what caused the malfunction in the first place (which makes this an excellent follow up to last week’s interview with Dr. Will Cole, also see episode 24 with Dr. Anthony G. Beck on this topic).

What Are Non-Native Electromagnetic Fields?

It bears repeating that Ben Greenfield is a self-proclaimed biohacker who geeks out every day on how the body works and what will make it work better. Biohackers are often known for their use of technology in this pursuit, but Ben notes that one of the first criterium he judges every potential device by is its use or lack thereof of non-native electromagnetic fields.

The earth and all natural objects on it do emit very slight electromagnetic fields EMFs) themselves. These would be considered “native” EMFs

Biohackers are often known for their2 use of technology and various devices to “hack” a biological process. Ben notes however that the first criteria he judges potential devices for use on himself and that will be anywhere in the proximity of his family, is presence or lack thereof of non-native EMFs.

Non-native EMFs are simply electromagnetic fields that are not naturally occurring. The most common examples of this are devices that use WiFi, Bluetooth or cellular communication.

If a device does utilize any of these technologies, the first thing Greenfield asks is “can the communication be disabled on the product and if so will it still provide the primary benefit I am looking for?”

Note: this prompted me in the interview to bring up the Molekule air purifier. It has the most impressive air purification qualities I’ve ever seen but also is a “smart” device that can communicate with a cell phone. As Ben noted and I later confirmed myself the WiFi function can indeed be disabled. We just got ours yesterday and love it so much we made this video about it!

How Non-Native EMFs Cause Cancer

As Ben explained, EMFs have been shown to massively disrupt the calcium channels in a cell. This means calcium is continuously flooding in as opposed to being regulated as necessary.

EMFs have also been shown to affect the overall functionality, and even cause a hardening, of the cell membrane itself. The cell membrane is responsible among many other things for bringing nutrients into the cell and waste back out.

A cell with an improperly functioning membrane will go deeper into glycolysis (fermenting glucose without the use of oxygen rather than using it to burn glucose or ketones) and further away from the Kreb cycle (the process in which these compounds are burned and converted to cellular energy).

This feature of anaerobic metabolism (fermenting glucose rather than burning with oxygen) is a hallmark of cancer cells.

Typically, only in times of stress (like getting chased by a lion) will a cell produce pyruvate which will then get converted to lactic acid.

For more on these terms and their relation to cancer and health in general see episode six with Dr. Thomas Seyfried and episode eight with Travis Christofferson.

The constant metabolic stress of the continuous flooding of calcium into the cell or the inability to remove toxins or take in nutrients however pushes cells back towards this anaerobic metabolism and production of lactic acid.

This is why it’s now being proposed that cancer is less of a “disease” in the way we typically think of it at least, and more of an ancient cellular survival mechanism gone awry as these features essentially enable the cell to become immortal and not depend or regular conditions to stay alive.

See episode 28 with Nicholas Pinault for more of the harmful effects of EMF.

Ben Greenfield also mentioned drinking something called deuterium depleted water as a cancer management or prevention strategy. This was a new one to me but clicking around on it initially is yielding some very interesting results and we’ll be getting someone on the show to talk more about it soon.

Essentially, deuterium is an isotope of the hydrogen atom. A neutron gets added to the proton of the molecule, changing its nature. It still “looks” like hydrogen… but it’s different.

Water is composed of one oxygen molecule and two hydrogen molecules. Deuterium however is still close enough to hydrogen that it can actually account for one or both of the molecules attached to the oxygen to form water.

The addition of the neutron in hydrogen is why water composed with some or all deuterium is referred to as “heavy water.”

From what I’m seeing initially, the long and short of it is that the body does not recognize or know how to process heavy water. This leads to all sorts of negative health effects, including cancer.

What I have not seen yet is why there is now an increase in deuterium making people sick. Is this a man-made phenomenon?

Again, more to come on this soon. In the meantime, know that people are buying Deuterium Depleted Water at quite a heavy price tag but reporting good results. I also however just found this nifty video on how to make your own at home!

Speaking of water, deuterium aside there is quite a lot to take into account when it comes to the purest, most healing water possible.

For those on municipal water systems Ben recommends a reverse osmosis system. Reverse osmosis is the most effective at stripping everything out of the water.

Unfortunately reverse osmosis is so effective that it also strips all minerals out of the water as well. Demineralized water tends to be acidic. Some say it “looks for” minerals as well and we certainly don’t want it looking for them right after we drink it.

A reverse osmosis system with a remineralizing unit (the system we have at our current house until we move into the ultimate healthy home we’re building which has a well) is ideal for convenience as the water comes out of the tap ready to drink.

In addition, there is a lot of research being done into the structure of water itself. How the molecules align themselves so to speak. Most notably this work is being done by Dr. Gerald Pollack out of the University of Washington.

Without going into too much detail, they are finding water found in its natural state – running down rivers, coming out of springs, etc. is more energized so to speak.

When water sits in pipes, cisterns and so on it loses this structure and charge.

A few things Ben mentioned he does to charge or structure his water were:

What Would Ben Greenfield Do to Reverse Cancer?

As I noted in my introduction to the podcast summarizing what we talked about, I didn’t attempt to summarize everything Ben mentioned if he himself had to reverse cancer as he packed so much into such a short timespan it would turn into more of a list… but here’s a rough attempt at that list:

As you can see, Ben Greenfield had a lot to say about cancer, health and healing that is not even CLOSE to completely accounted for in this article so PLEASE do yourself a favor and listen to or watch the whole interview!!

A couple notes from us. Our definition of biohacking childhood cancer is becoming your own expert. Plain and simple.

Every supplement or therapy we read about, we searched in PubMed in combination with neuroblastoma.

We found all of the commonly up-regulated oncogenes and down-regulated tumor suppressor genes associated with neuroblastoma and then researched what compounds would get them pointed in the right direction.

We learned all we could about integrative treatments in general and then didn’t stop until I had figured out a way to apply it to our child if we felt it was important.

ALSO, one last point Ben made about EMFs in the interview that we want to emphasize here.

Children’s skulls are thinner and their neurons are dividing more rapidly, making them even more susceptible to the harmful effects of non-native electromagnetic fields. PLEASE take this seriously!!

Ben Greenfield is a biohacker, human body and brain performance coach, ex-bodybuilder, Ironman triathlete, professional Spartan athlete, anti-aging consultant, speaker and author of the New York Times Bestseller “Beyond Training: Mastering Endurance, Health and Life.” In 2013 and 2014 he was named by Greatist as one of the top 100 Most Influential People In Health And Fitness, and Ben’s articles, podcast and videos reach over a million unique views each month.

With nearly two decades of experience working as a strength and conditioning coach, exercise physiologist and biomechanist, Ben is also the man responsible for maximizing performance, recovery, fat loss, digestion, brain, sleep and hormone optimization for CEO’s, ultra-endurance competitors, and a wide variety of professional athletes, including poker champions, tennis players, motocross competitors, the NFL, the NHL, the UFC and beyond. Using his vast knowledge of science and research, in-the-trenches experience, and unique set of cutting-edge brain and body biohacking techniques, Ben cuts through the clutter, confusion and snake oil and instead delivers total human optimization in the fastest, cleanest and safest way possible.

And this was a very, very cool interview for me to get to do. Teddy and I have looked up to Ben for such a long time it was surreal to actually get to pick his brain. And this certainly isn’t the first time I’ve made a statement similar to this about a guest we’ve interviewed on the show but it’s usually referring to someone we started getting information from AFTER Ryder was diagnosed whereas Ben was one of the first people we started getting health and fitness information from period.

I started following him originally for better triathlon performance but as you’ll see in this interview if you’re not already familiar with him the type of information he covers goes far beyond training into all aspects of how the body is ideally supposed to function and the mind and soul for that matter and this very quickly bleeds into disease prevention and reversal and really through following him again originally just to trying to get a little faster marathon and triathlon times that I’d say more than anything else really turned my mind onto what’s possible with the human body so when my own son was diagnosed with cancer not too long thereafter we were able to hit the ground running in our research. 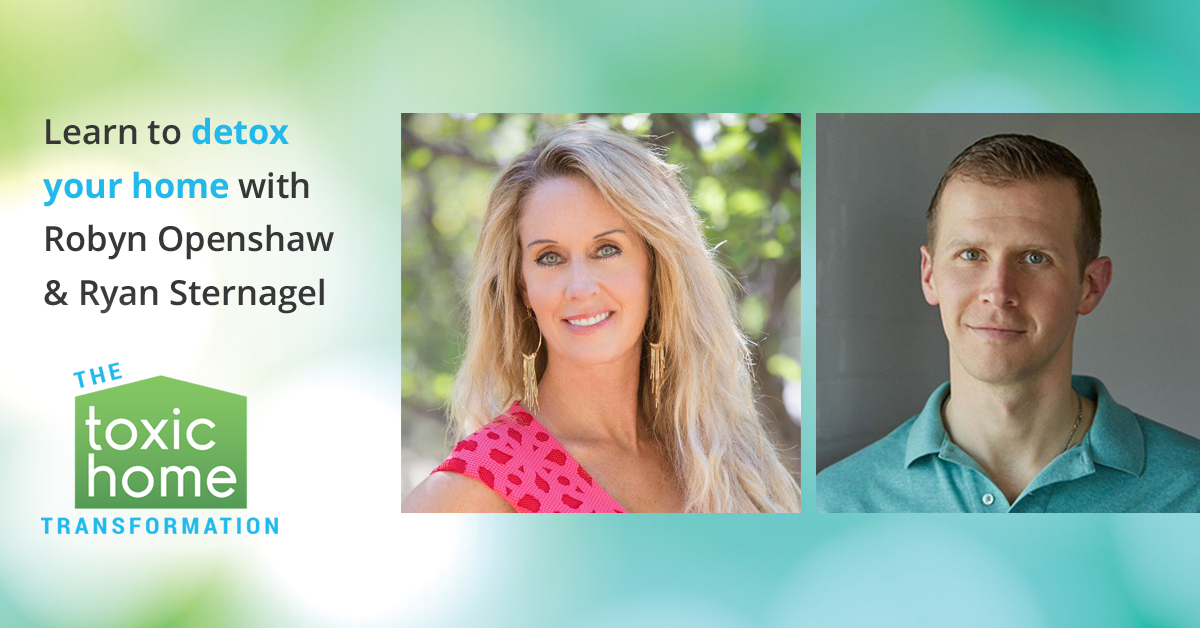 How Angie Avoided Unnecessary Treatments and Beat Rhabdomyosarcoma in Her Son

Yes, EMOTIONS Can Cause Disease. Here’s How to Address It: Dr. Meg Haworth

The Link between EMFs and Cancer, What you NEED to know: Nicolas Pineault

Preventing Side Effects from ALL Treatment with Hyperbaric Oxygen, Sauna and Supplementation

How to Unleash the Power to Heal From Within: Razi Berry

The Science behind the Gerson Diet: Dr. Patrick Vickers

Layman’s Guide to the Metabolic Theory of Cancer: Travis Christofferson

Find Cancer before Your Doctor Can… And after He Says It’s Gone: Jenny Hrbacek, RN

Cancer as a Metabolic Disease – What You Need to Know: Professor Thomas Seyfried