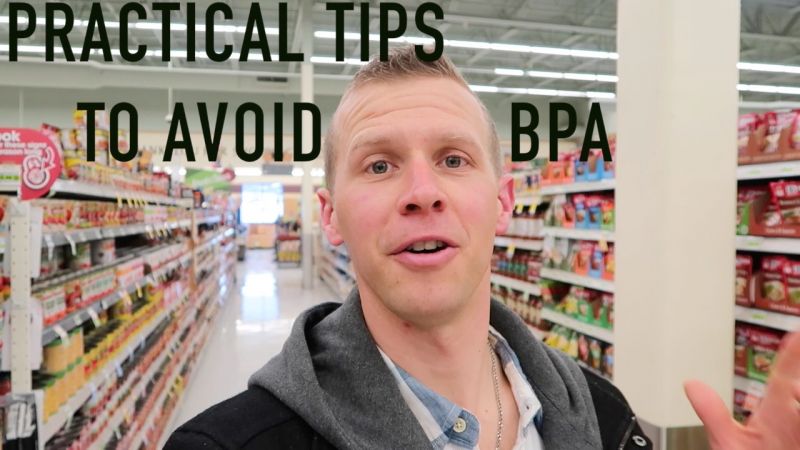 PRACTICAL TIPS TO AVOID BPA AND OTHER ESTROGEN MIMICKERS IN PLASTIC!

BPA is NOT the Only Estrogen Mimicker in Plastic!

BPA-free does not equal safe. Not even close. Don’t think for one minute that just because you or your children are drinking out of a BPA-free bottle or eating something from a BPA-free container there isn’t a significant health risk. There is.

The main health concern behind Bisphenol-A (BPA) is that it acts as an estrogen mimicker, or xeno-estrogen. As the name implies, these mimic the hormone estrogen inside the body, throwing off hormonal balance and encouraging rapid cell division. Chemicals with estrogenic activity have been linked to most notably breast cancer, but also ovarian, testicular, and prostate cancers. And that’s not to mention early puberty in females, reduced sperm count in males, altered functions of reproductive organs, and obesity.

Now what if I told you that almost EVERYTHING you buy in a plastic packaging of any sort, whether it’s one of the supposed “safe” recycling symbols or BPA-free, is leaching these xeno-estrogens into your food?

A 2011 study took 455 products straight off retailers’ shelves, from Walmart up to Whole Foods, and tested them for the release of estrogen mimicking chemicals. Not just the plastic bottles that hopefully you’re already avoiding. We’re talking everything from baby bottles to adult water bottles to food containers and wraps to plastic bags.

Initially the test showed that around 70% of these products leached chemicals with estrogenic activity. If that wasn’t bad enough, when they exposed the products to everyday conditions such as sunlight and heat (sitting in a car, dishwashing, microwaving), 95% of the products leached estrogen mimicking chemicals.

It’s also important to note that many products labeled “BPA-free” actually had far greater estrogenic activity than those containing BPA!!

The test that they used to determine the coming from the plastics had estrogenic activity by the way? The researchers exposed a line of estrogen receptive breast cancer cells to them and noted increases in multiplication rates. This is a particularly scary thought given the fact that even “healthy” people already have a large number of cancer cells floating around at any given time.

Estrogen Mimickers are Just Part of the Problem

If this wasn’t bad enough, estrogen mimickers are part of a much larger group pf chemicals known as endocrine disrupting chemicals. The endocrine system is made of female ovaries, male testes, the pituitary gland, thyroid gland, adrenal glands, hypothalamus, pituitary gland, thyroid gland, adrenal gland, and so on. It’s basically what regulates all biological processes in the body from development of the brain and nervous system, to growth and function of the reproductive system, to metabolism and regulating blood sugar levels. There’s even strong evidence to suggest that estrogen mimickers and all endocrine disrupting chemicals can have a negative effect of epigenetics (the way your genes actually get expressed).

These endocrine disrupting chemicals deserve an article of their own, but for now, know that they mess with hormones in all sorts of ways that screw up the body’s regular functions and lead to all sorts of serious health problems. Again, we’ll get into what to avoid besides plastics in a future article but at the end of the day we all need to be striving to live naturally and continually asking ourselves if what we’re exposing ourselves and our children to could be unnatural.

With estrogen mimickers and endocrine disruptors as a whole it’s also important to note that it doesn’t take much at all to lead to health problems. Since the amount of hormone released in the body naturally is so small to produce so many profound effects, the (cumulative) dose needed begin throwing things off is very low.

If you’re committed to staying heathy and cancer-free, avoiding plastics as much as possible is a must. And if you’re already dealing with cancer, the last thing you want to do is throw more fuel on the fire. Healing cancer is about bringing balance back to the body.

Water bottles are low hanging fruit. Never buy water from a plastic water bottle again. Period. It’s not as hard as you think once you commit to it and make bringing water with you part of your anticancer lifestyle. We love the LifeFactory glass water bottles. We have bottles for ourselves, Ryder, and Channing. The bottles are a minor investment up front but they do hold up quite well and once you stop buying plastic bottles all the time the amount of time it takes for the glass bottles to pay for themselves is very short and the cumulative savings from then on are astronomical. It’s also important to buy a quality glass bottle such as from LifeFactory as inferior glass can bring problems of its own.

Store your leftovers in glass containers instead of plastic. A set of glass containers is surprisingly inexpensive and will give you something to feel good about storing leftovers in. Speaking of leftovers, if you do need to wrap something directly, use aluminum foil instead of plastic wrap. As long as you do not heat the aluminum foil (NEVER COOK WITH ALUMINUM FOIL!!!), tests have shown aluminum will not leach into your food.

Stop buying packaged food. For one, anything in a package indicates processing and added unwanted ingredients, but it also very clearly means that the food has been rubbing up against the plastic and possibly exposed to conditions that would make leaching even worse for who knows how long. It’s much more satisfying, and again much more economical, to make your own creations instead. Sundays are “prep days” for us in which we make crackers, dips, smoothies, juice, and other treats for the week. All whole food ingredients and minimal exposure to plastic.

When buying produce on that note, rethink whether you really need to be putting each item into those little plastic bags.

Fight Back Against Xeno-Estrogens with Phyto-Estrogens

Lastly, for what you can’t avoid (and I’m certainly not saying it’s possible to avoid everything in today’s world, all we can do is be very mindful of our choices and constantly asking ourselves if we can do better), God and nature as usual does provide a remedy. You can think of phyto-estrogens as nature’s estrogen mimickers, except much weaker than the unnatural ones and in a form your body knows what to do with. Filling the estrogen receptor sites with phytoestrogens will help protect against xeno-estrogens.

Fermented soy products (stay on the safe side and only consume fermented soy) have the highest amount of phyto-estrogens, which is one of the many reasons Haelan 951 is such a powerful anticancer product we believe in. Oil bearing seeds such as flax (a side benefit to the Budwig mixture) along with nuts are also great sources. And to a lesser degree, they’re found in other seeds, beans, leafy greens, many fruits, olive oil, and garlic along with its relatives… One of the many reasons in general it’s so important for your diet to consist of a high amount and variety of vegetables, fruits, nuts and seeds!

BPA-Free Does Not Mean Safe. Most Plastics Leach Hormone-Disrupting Chemicals.