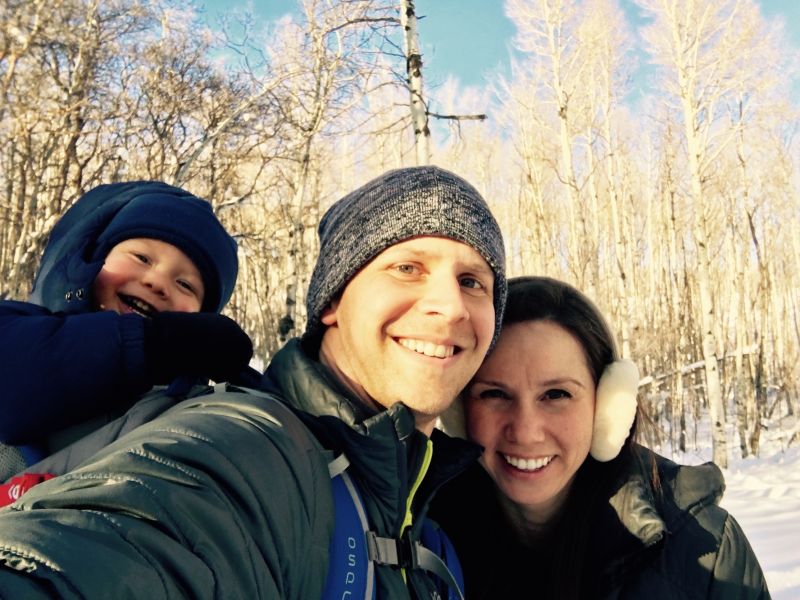 We Get Knocked Down, But We Get Up Again

Not The MRI Results You Want Right Before Christmas…

It was two days before Christmas and the results we got back from Ryder’s MRI were not what we were hoping for. Ever since our first scan, we’ve never known anything but shrinkage. The first few scans showed massive reductions, and every time after that it’s been stable with minor shrinkage. The days leading up to each MRI have all been extremely stressful in their own way, especially after stopping chemo well before the “standard of care” dictated. It was what we wanted, but all we knew at the time was that the chemo AND everything else we were doing was working. Doing everything else ONLY was an unknown. But that was almost a year and a half ago now and we’ve gotten the same stable with a slight reduction outcome every scan since then. Going in to review the latest results with Ryder’s oncologist, my stomach was actually only in maybe one or two knots as opposed to 40 or 50. I guess that’s always about the time you get the bad news, right?

Since Ryder’s tumor is inside and out of his spinal canal, it’s not a nice perfect round ball that you can take one measurement of the volume and easily compare with the last one to see how you’re doing. You basically have to break it up into sections and then measure and compare each one. Most of the sections look just like they did four months ago at the last MRI. The upper portion of the tumor outside of his spine does look a bit fuller however. The measurements of that section had all gone up by two or three millimeters. As Ryder’s oncologist was quick to point out, repeatedly, this is still well within what would be considered the margin of error for an MRI reading. When you’re dealing with measurements in millimeters and trying to compare an extremely thin slice of the tumor to the same exact slice from four months ago, just getting it at a slightly different position can throw the measurement off. He also noted that if there was going to be a section to have any question on, it’s much better being one on the outside rather than inside of his spinal canal.

That being said, we felt like crap. Looking back on the past four months since his last MRI, not only were we not quite as tense leading up to the results, we also weren’t quite as tense about sticking to Ryder’s protocol. Granted, there has been a lot of change in the last four months. We flew to Pennsylvania staying with my wife’s aunt and uncle for a month to get Ryder’s heart surgery done at Children’s Hospital of Philadelphia (we had an extremely positive experience there by the way) to fix his double aorta, which had prevented him from eating solid foods the first two years of his life. We decided this was as good of a time as any to transition away from his NG feeding tube, which we had needed to get food in general into him but also to easily pump in ounce after ounce of carrot juice, Haelan, Kangen water, and around 50 supplements per day. This necessitated a new protocol, “The Macho Man Protocol” (as he really was into being called Macho Man and rockin’ out to that Village People song at the time), designed around the fact he would now be taking everything by mouth.

The protocol is still intense by most standards, especially for what we’ve seen in childhood cancer, but the problem was we not only called it a maintenance protocol, we took a maintenance attitude towards it. These words were never spoken but I think the attitude was that after over a year straight of non-stop juicing, supplement mixing, hours in the infrared sauna, setting up the rife machine when Ryder went to sleep and getting back up in the middle of the night to turn it off, and on, and on, and on, all of us (Ryder most of all) deserved a little rest and things had been so good that as long as we still got in most of the schedule most of the time (along with a strict diet which we never strayed from), we’d be alright. Along with the removal of the feeding tube came the illusion that maybe we were headed back to being “normal,” at least our new uber-healthy version of normal. Ryder was finally walking now that the tumor was no longer compressing his spinal cord, we got him into all the activities kids his age are supposed to be in, and we were having a blast exploring our new home state and making new friends along the way.

Juicing became less frequent. More and more often we opted to just skip a whole round of supplements when we were going out instead of packing them up and doing them on the road. Deciding to not set up the rife machine for a few nights because he was on a bad sleep cycle turned into going days without it. There were even a couple items I put into the protocol that I straight up just never got around to actually taking the time to mess around with and figure out how to implement.

There’s been a fire raging inside of me ever since those first few days of going through my son having cancer. The knowledge it was caused by this toxic and stressful world engineered by those with shadows for souls, walking the halls of the living hell that is a children’s inpatient oncology ward, being kept so busy dealing with all of the nightmarish calamities that come along with conventional treatment that I barely had time to do any of my own research, having to sneak around with everything we did to support the health of our child rather than being encouraged and supported, and the constant threats my son would be taken from me if I didn’t walk the line were all gallons and gallons of gasoline being continually dumped onto this fire. I remember standing outside the hospital one day on the phone with Jenevieve Fisher of Educate a Cure and telling her with such a righteous indignation that we were going to beat this and then we were going to show others how.

I guess we just haven’t had it quite hard enough lately because even this fire was starting to die down, which is especially ironic since we finally launched MyKidCuresCancer.com back in September. We’ve taken a lot of steps over the last year and a half to make ourselves as productive as possible but we were starting to let it all slip.

Time For A Change

Whether the growth of the tumor was real or imagined, it doesn’t matter. Maybe it was God telling us we’re not done yet, that we’re only just getting started with what we need to do. Whatever the case, the fire is back to a nice roar, for all of us. Only now it’s transformed into a more positive, “we’re going to live life to the fullest and beat cancer at the same time,” type of fire ☺. And yes, I got up at four on the dot this morning with the help of a nice, ice cold shower.

I’ll be spending a lot of time over the next few weeks overhauling the protocol (we’ve already got a sweet new name picked out, this video might give you a hint of what it is). You won’t see the word “maintenance” associated with it either, we’re going back to therapeutic levels of everything we do.

As such, the style of the articles you’re going to see during this time will change a bit from what we’ve been doing. If you’ve read our Budwig, aloe arborescens, or vitamin C articles, you know that I like writing somewhat epic tomes about well-studied treatments, leaving no stone unturned.

Articles I write while working on the new protocol are going to be more quick and dirty, “here’s what I just found” style until I’m done, and they’re going to be very focused on neuroblastoma. My wife and I have done a great job so far of researching all the best known alternative cancer treatments (you get a pretty good idea of everything we’ve taken into account in our books, documentaries, and websites sections) and figuring out how to effectively apply them to a child. Now I’m going back and really diving into what’s out there on neuroblastoma specifically. That’s not to say that what I put up will only apply to neuroblastoma. What works for one cancer more often than not works for a lot of cancers (it’s all cancer) and I’ll be sure to include what I find on each item for cancer in general.

You’re Never Going To Keep Us Down

My plan, and what I’ve already started on, is to scan through every study I can find on neuroblastoma, determining which ones pertain to things that can be done at home, and making the decision from there as to whether or not it’s something we want to implement and how to do it if so. I’m doing this simply by typing “neuroblastoma” into a search on two different journal directories: PubMed and DOAJ. I’m starting with, and am much more excited about The Directory of Open Access Journals as open access / source journals tend to be a little freer in what they will publish and not as restricted by political considerations. I’m also going back and reviewing what neuroblastoma parents such as Leanne Woodland, Jim and Debbie Broom, and others have done successfully that we may not already be doing.

Also expect to see more videos on exactly how we apply everything we do to Ryder and still make sure to give him the awesome childhood he deserves at the same time.

That’s all for now! This is a very fitting article to start the new year off with and we can’t wait to show you more of what we’re doing.