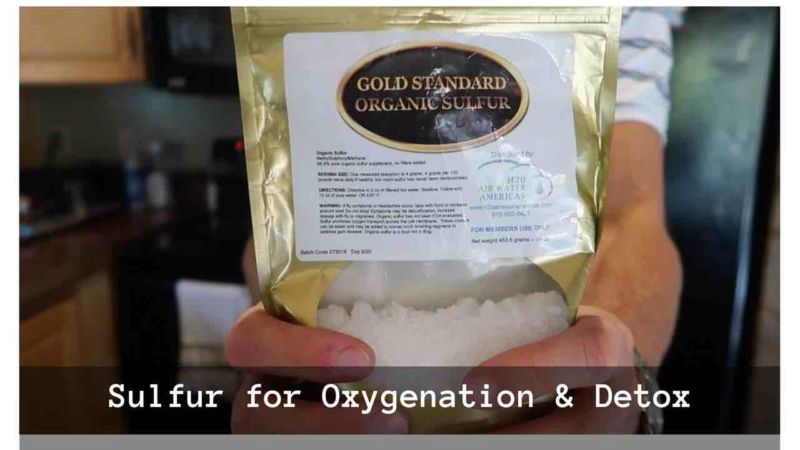 Sulfur for Oxygenation and Detox

Here are just a few of the reasons Ryder takes a shot of organic sulfur (a.k.a. MSM) water every day (EXCEPT Sundays – his “day off”) right when he wakes up from his nap!

Since sulfur is highly capable of bonding to other metals and other harmful compounds (a good thing once it’s inside our bodies but not before!!), we put a lot of research into the company that does the most stringent testing (like we do with everything we use) and does not use any fillers. This is why we have used H2O Air Water Americas for years!