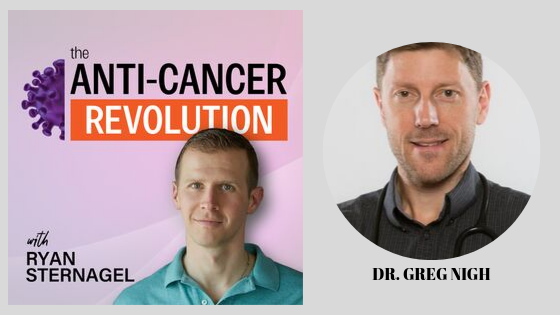 We cram a ton of information into this podcast, starting with the crossover between cancer therapies, AIDS and Lyme before moving on to bacteria and viruses and frequency generators. Finally we delve into one of Greg’s areas of expertise – cancer as a sulfate deficiency.

Greg’s depth of knowledge is huge. I learned a lot and I’m sure you will too.

Dr. Greg Nigh (ND, LAc) is a naturopathic doctor and licensed acupuncturist specializing in naturopathic oncology. He is co-founder of Immersion Health. In addition to his work with cancer patients, he also works extensively with Lyme disease, mold toxicity and related illnesses, chronic fatigue and fibromyalgia and gastrointestinal symptoms including inflammatory bowel disease.

How did you get into cancer?

There’s a lot of crossover between therapies for cancer, AIDS and lime. Why?

What would you say about people who use other machines like the GB4000 who report improvements in their cancer?

Is the machine you use available for sale?

What about sulfites in wine?

How do you find out if you have a sulfate problem and how do you fix it?

What are your thoughts on MSM (Methylsulfonylmethane)?