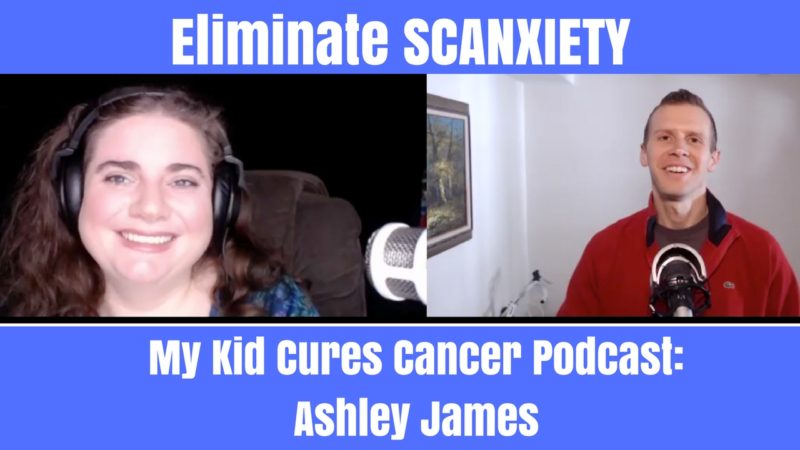 Ashley James, is an entrepreneur, coach and podcaster of the Learn True Health podcast where she interviews holistic health experts and doctors of Naturopathic medicine. Through the interviews, her expert guests teach listeners how to gain health naturally through holistic medicine, diet, supplemental nutrition and lifestyle changes. Ashley makes sure that listeners learn Natural Medicine Life Hacks for gaining energy, better sleep, a boosted immune system and an overall feeling of awesomeness!

Leading into the discussion on anxiety, Ashely James described a few incredible studies proving just how strong the mind / body connection is.

When they looked at the brain maps of the groups, the practice and imagine group had brain maps three times larger than did the strictly play group. What was really interesting however, was that the brain maps were exactly the same.

Ashley described other experiments showing similar results, including college basketball players who were told to work on a particular shot. One group was told to physically practice the shot, the other was told to imagine themselves working on the same shot.

After several days their performance on that particular shot was measured against what it had been prior to the experiment. Both groups improved the exact same amount.

Kind of makes you wonder what would happen if you just spent some time imagining you were healthier than you are now every day, doesn’t it?

Ashley told us about anxiety and how it is actually different from every other emotion. Anxiety is a fear of the future in which you perceive a threat in the now.

Anxiety is the only emotion that you can’t recreate based on a past event. If you were to think back to a time in your life you experienced great joy or sorrow, you can still access those emotions.

With anxiety however, since you now know the outcome of the event, you can no longer “feel” anxious from thinking about something that’s already happened.

Ashley says anxiety can be thought of as a message from our subconscious mind to focus on what we want. If you’re thinking about an upcoming scan and feeling anxiety, you’re focusing on the worst outcome that could happen.

If are playing out that scenario to any degree in your mind, your body does not know the difference between that and reality and will perceive a threat here in the now.

When that happens your body’s sympathetic nervous system (fight or flight mode) will take over abd blood will divert from the logic centers of your brain to your limbs for. Because for all your body knows from how your mind is acting there’s a bear to run from!

Ashley points out this is absolutely not the state that anyone should be making decisions in concerning treatments and such. Unfortunately more often than not this is exactly how most of us do make decisions in the hospital.

How to Eliminate Anxiety

Remember, we cannot experience anxiety over an event that has already happened. And the mind body connection is incredibly strong.

Look down and see yourself back to regular life. Likely going about some mundane event or possibly still celebrating the completion.

Now what’s happened to your anxiety? Ashley says that exercise works for about ninety percent of people.

For others, there are a couple questions to ask about how you performed the exercise.

Are you sure you were thinking of the successful completion of the event?

And if so, could it be a subsequent event you’re truly anxious about?

After I went thought this exercise for myself, I pictured myself leading up to a scan for Ryder. I saw myself completing the exercise, temporarily removing my anxiety, but then asking “yea but what if it’s bad?”

Ashley notes here that it takes time to rewire your brain to get rid of that voice always trying to be a naysayer. She teaches all about how to do this in her course.

So having a plan for what you’re going to do if a scan doesn’t go your way will likely be the best thing to combat that anxiety if it’s still coming back after this exercise.

And this is important, we’ve talked about it on the show before but kids are much more energetically sensitive. You want to be at 110% for your kid at all times and anxiety is not an emotion that will get you there.